Through an internal fan similar to those of the classic fans, they not only move the air producing a pleasant breeze, but also release air from the lower temperature into the environment through the evaporation of water and ice. The coolers, in fact, are equipped with a filtering system that ensures that the movement of the fan triggers the evaporation process, atomizing the water and ice. 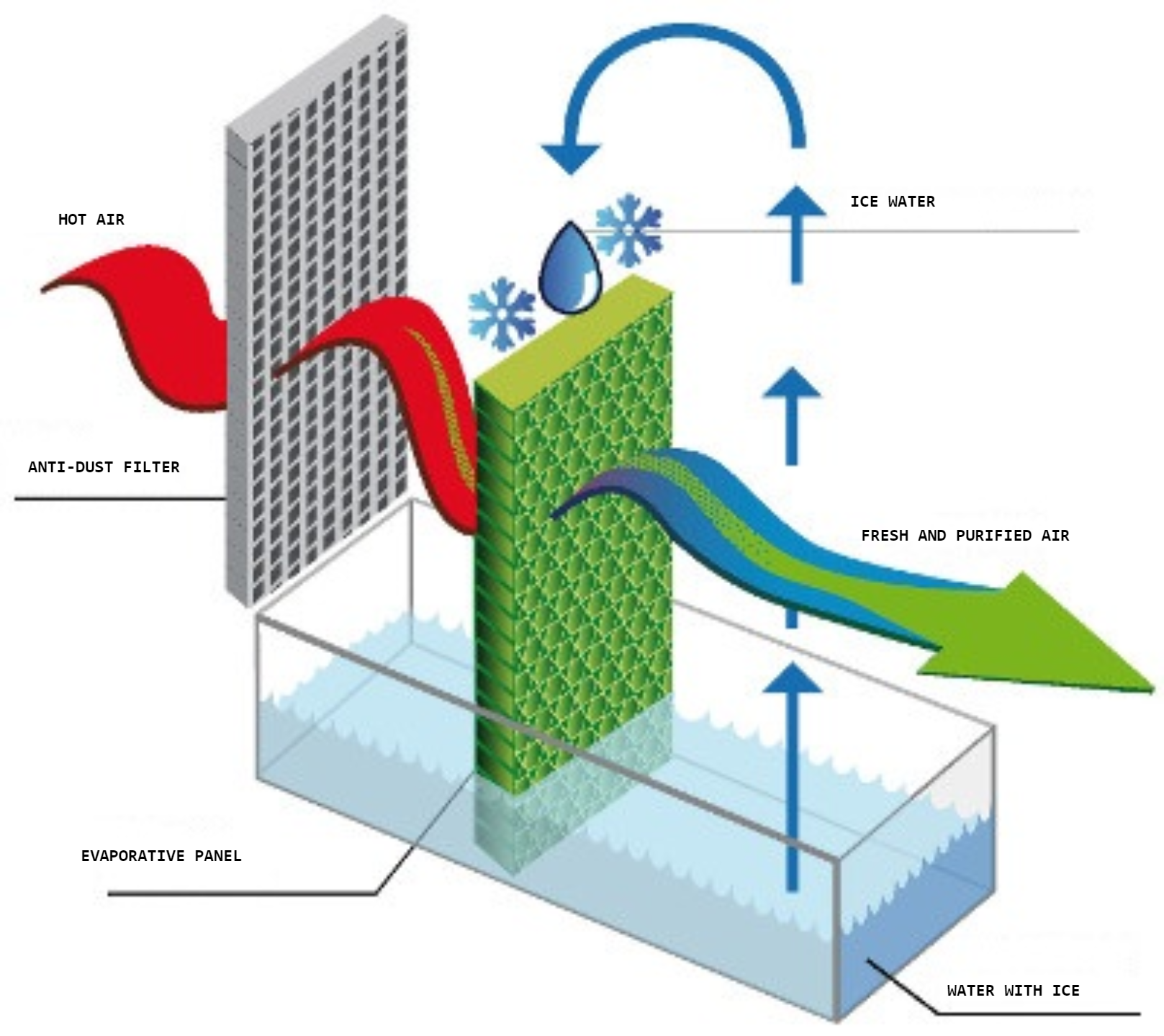 As shown in the diagram above, the hot air passes through a purifying dust filter and subsequently, through an evaporative panel that triggers the evaporation process of the water or ice contained in the internal cooling rolls, generating a fresh air flow .

These devices need neither refrigerant gas nor chemical components which, in addition to polluting the environment, weigh on the overall cost.

All you need is plain water or ice. These two elements must be inserted in an internal tank which can hold several liters, in order to avoid topping up too often; in this way, the device can work for several hours or even for a whole day.

What are the advantages of coolers compared to air conditioners?

The initial investment to buy one of these devices is significantly lower than the classic home air conditioning systems.

They consume only a few tens of watts, which in comparison to 1000 or 2000 W of the classic air conditioner are less

They only require water or ice and, therefore, do not pollute the environment.

The use of these devices is simple and intuitive.

No particular work must be carried out before putting them into operation: this means no holes in the wall and no                  pipes to the outside for the discharge of water and air.

Equipped with wheels, the coolers can be moved to any point of the house that needs their refreshing action.

Did you find it helpful? Yes No

Send feedback
Sorry we couldn't be helpful. Help us improve this article with your feedback.